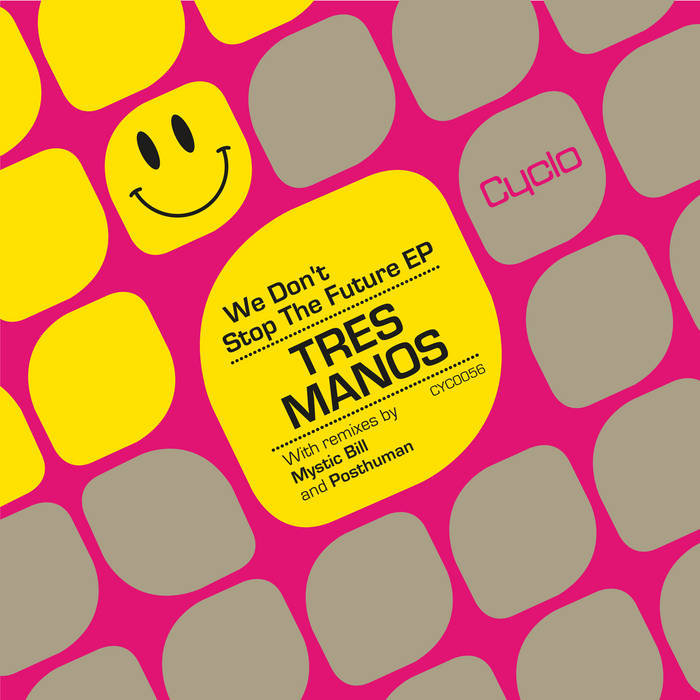 Tres Manos is a resident of Barcelona. He's a regular on the club scene often playing at infamous venues such as Moog, Macarena, Café Schilling and many more. His blend of deep house and jackin' rhythms has made him a favourite of the city.
We are delighted to be releasing this E.P. When we first heard it it blew us away, it's what all good house music should be, flavours from the past mixed with futuristic grooves.
"First Thing In The Morning" nods its head to one of the all time classic Jamie Principal & Frankie Knuckles tracks "Your Love" but adds a new vibe and direction.
The Posthuman Remix of "First Thing In The Morning" is a lesson in restraint and slow sonic building. Posthuman are underground legends in their own right. Running the infamous "I Love Acid" parties with guests such as Mystic Bill (More on that later), Jon Dasilva, DJ Pierre, Luke Vibert, Neville Watson, Placid, Terry Farley, Hardfloor and many more. The sound of 909's, warped acid lines and 808's prevails.
We asked Posthuman to make us a more restrained remix and the have done us proud! A 9 minute journey of lo-fi house with some bubbling Acid lines.
"We Don't Stop The Future" is a shuffling acid tinged jam with some notable samples used to great effect.
Mystic Bill's remix of "We Don't Stop The Future" shows off Bills extensive experience of production and DJ'ing. Mystic Bill started out in Chicago late 80's and rose to prominence in the Windy City during the 90's. Bill held residencies all over Chicago with luminaries such as Derrick Carter. Bill also promoted many "Loft" and "Warehouse" parties and the list of DJ's who spun at these parties reads like a who's who of house music. Bill now resides in Miami but has become a regular at the mythical Panorama Bar in Berlin as well as at the infamous Honey Sound System parties. Bill also had Ricardo Villalobos remix his classic "Take Me Back" recently and his "You Won't C Me" is a bona fide classic, first released on Snuff Trax then licensed to Strictly Rhythm and is now getting released again on Luke Solomon & Derrick Carter's Classic Music imprint.
We don't want to stop this future :)

Bandcamp Daily  your guide to the world of Bandcamp